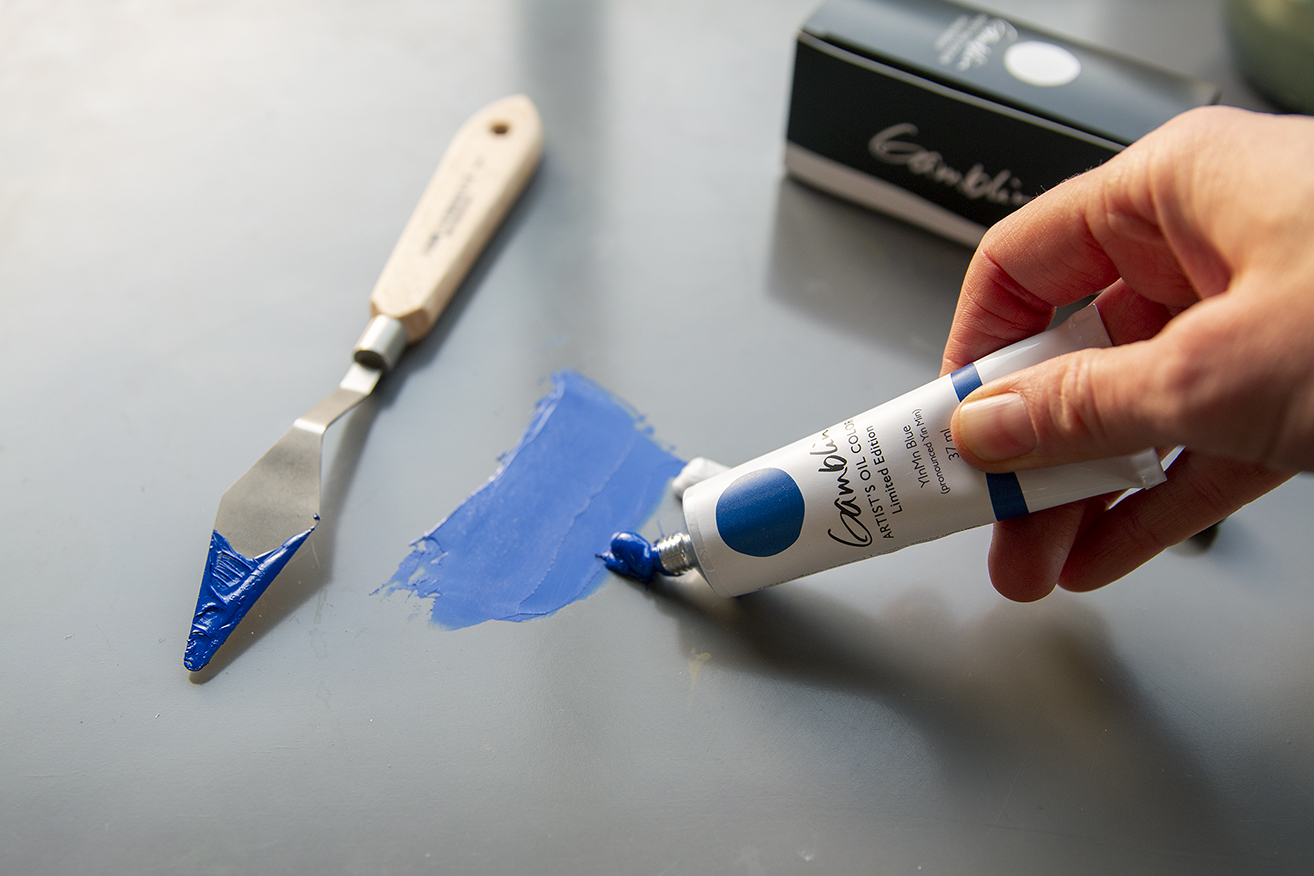 Colors have always carried with them the power of human emotions. For many, blues bring feelings of calm, confidence, and reassurance. Some blues feel distant, moody, or even forlorn. Guess that's why they call it the blues.

Not this one. The New Blue — YInMn blue — is refreshing, impressive and downright exhilarating. As the first blue discovered in over 200 years, we have received countless inquires on if we would pursue making this unique pigment into an oil color. 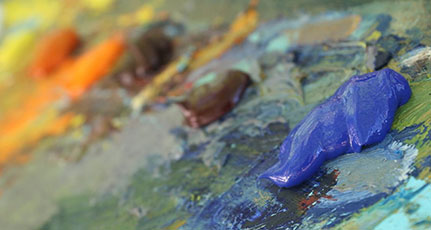 Digging deeper: how YInMn came to be

YInMn is named after the chemical makeup, minus the O: Yttrium (Y), Indium (In), Manganese (Mn), and Oxygen (O). While the color is often referred to by its phonetic pronunciation "Yin Min", we’re also proud that it’s earned a nickname of our home state: Oregon Blue.

The discovery of the pigment was a bit of an accident when chemist Mas Subramanian and his students at Oregon State University (OSU) were exploring materials to aid in the manufacturing of electronics. Then graduate student Andrew E. Smith made a surprising discovery when heating a new formula: it turned blue. Professor Subramanian replied, “Luck favors the alert mind.” That was in 2009.

Historically, blue pigments are known to be unstable. Since ancient times blue has struggled with poor lightfastness and toxic components. YInMn was synthesized at 2000°F which indicated that it’s an extremely stable pigment. The team at OSU was onto something and they had a feeling it was big. After years of rigorous testing, YInMn Blue pigment was officially released for production in 2016.

As a stable, safe, and easy to produce pigment, YInMn is desired by more than one industry. Its most notable commercial quality is its low thermal conductivity, which makes it sought after as a roof coolant to reflect solar energy and reduce energy consumption. The drawback, as there always is one, is the cost: the elements needed to make YInMn are expensive and rare. Fortunately, the appeal YInMn has earned in the electronic and energy sectors support its use in the art world. Like countless pigments developed for other industries in the 19th and 20th centuries, YInMn has now found its way to artists’ palettes.

A chemist accidentally makes a new blue. Then what?